Chad Hause, 43, is an ultra-runner currently residing in Farmington Hills, Michigan. Although born in California, Chad has lived in Michigan most of his life and grew up in the small town of Carleton (halfway between Toledo and Detroit). Chad has always been active and was your traditional three- sport athlete during his tenure at Airport Senior High School, though, a major knee surgery sidelined him his senior year. Post high school, Chad went on to attend the University of Michigan for one year before transferring to Grand Valley State University where he graduated from. While Chad was still active at this point in his life, it became on a sporadic basis and it wasn’t until his early thirties that he took a serious look at improving his physical activity and realizing how far he had let it slide.

Chad’s goal to improve his physical health all started with running, but mostly because one thing he never lost was his competitive edge and someone bet him that he couldn’t finish a marathon. This challenge motivated Chad and he not only finished the marathon he was told he couldn’t possibly complete, but acquired a new hobby. After about six years of playing around with road running, Chad transitioned into trail running. At first it was to help a good friend and mentor raise money for the illness that had taken over his life.  He asked Chad to do something he hadn’t done before, so he signed up for a 50-mile race. During this training process was where Chad realized he had found his running niche. The longer distances and solitude of the trails became a second home to Chad and the trails are now a large part of his life. They are where he goes to find peace and clarity, and to better himself as not just a runner, but as an individual.

The 50-mile distance has become Chad’s favorite since his transition from road running to trail running and he has completed five of them since 2013. Chad has also completed a couple 25k’s, four 50k’s, and as of this year, his first two 100-mile races. Chad believes that any distance can be fun and challenging as they all present a unique challenge in how to approach them based on your goals. Chad also really enjoys sharing his experience’s both the positive and the negative to help encourage others to reach outside of their comfort zone.  Any time that any one person has the ability to help someone embrace being a better version of themselves, or to reach out and try something they always thought they couldn’t, is a win in his book.

Chad is a big advocate of cross training. However, instead of hitting up a gym or health club in your “usual manner”, he takes advantage of what his backyard has provided him with naturally and lugs around logs, rocks or anything heavy he can find. He also enjoys climbing trees and using an at-home chin up bar he installed himself. Chad is a big proponent of keeping things fun while still building functional strength, and he believes this approach has helped him become a better runner.  Outside of running, Chad is a husband and father who enjoys spending lots of time with his family. He started working in the restaurant industry beginning when he was only 15 years old and continued into management with a company called Quality Dining after he graduated college. Chad was with them for 22 years before they closed their Michigan locations this past summer. He is currently self-employed working outdoors for local neighbors and is using this summer to travel, train, and focus on his home and family before he begins to look for work again in the fall. 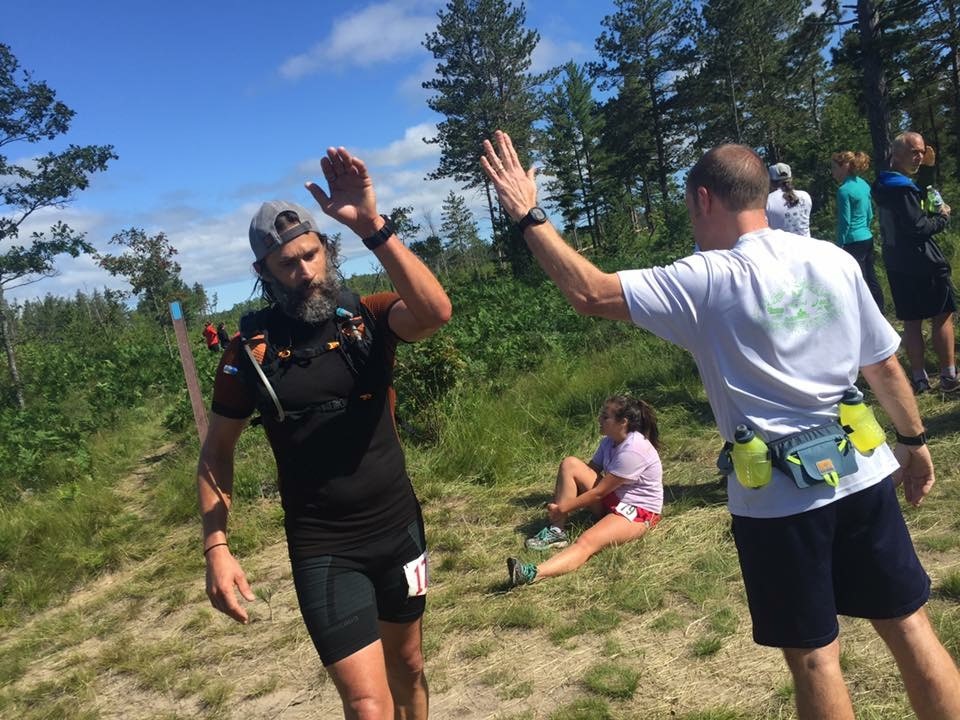 “XOSKIN came to me as a recommendation from my friend and mentor,  Peter Burrill.   A week before my first 100 mile race this year the seams split out of both of my pairs of compression shorts.  The cost of getting them and having them two-day mailed was absurd, and I was talking to him about that as I hate trying new gear on race day, as many of us do.  He had just started using XOSKIN and recommended that I give them a try so he put me in touch with an employee of the company and they arrived at my house a couple short days later.   Race day came and I wore my compression shorts and the sleeveless form fit top.  They performed flawlessly fresh out of the bag they arrived in.  I was able to use the same pair I started with for the entire race.  Originally, I wore compression to help control chaffing, and while that is true these also had a couple extra benefits.  They helped greatly in regulating body temperature, from 65 and sunny all the way down to 40 and rainy that day.  Also, when I took them off and threw them in my bag post-race, there was no smell when I pulled them out a couple days later to wash them.  Needless to say I was sold, and I am proud to be a part of the XOSKIN family.” – Chad Hause 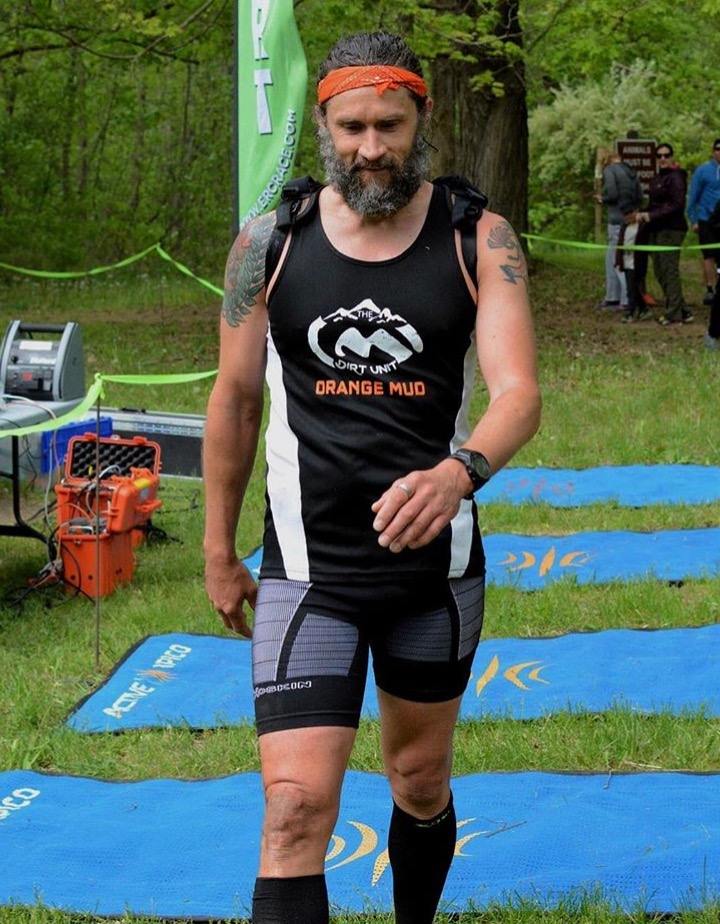